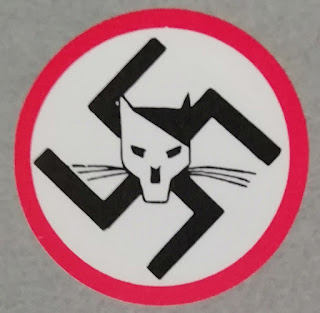 
The Art of Art 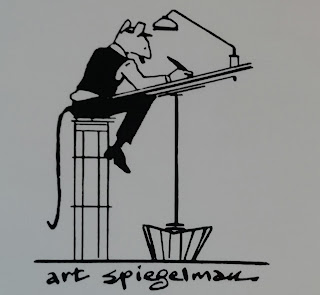 This is not just Schindlers List crossed with the Beano. Admittedly, I remember opening Maus for the first time. After reading many modern comic books, which are now created by multiple collaboraters who utilise excellent computer aided techniques; I wondered what earned this basic, hand-drawn graphic novel such a great repuration—then I continued to read it. Yes, indeed, it's the only graphic novel ever to win a Pulitzer to this day, but the real wizardry is that the book feels alive, somehow. As if the spirit of that very Jewish-Polish community was transmuted into the books pages. I imagine, Alan Moore would most likely agree, the magic here rests with Arthur Spiegelman.


Old Vladek is ballsy, sometimes cantankerous, and we can see how he made people around him feel. 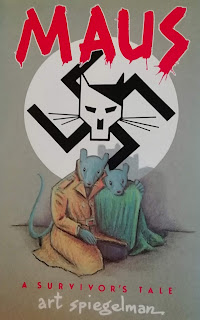 An old mouse; one who once lived besides predatory cats, as well as other hungry and unpredictable creatures in very hateful times. I could visualise the real man, a survivor hardened by a harsh, traumatic life. Some may have expected such a person to have turned sociopathic after suffering the intolerable horrors of that diabolical period. A damaged Bruce Wayne-type archetype almost. In his prime, young Vladek Spiegelman didn't wear spandex or fight crime in the streets as a Batman or Wolverine type anti-hero—his life was real, but he was heroic by necessity, in his story to Art.

For the Jews, from the nineteen thirties onward; their standards of life, social standing, employment and their rights, were gradually becoming squashed under Nazi oppression. 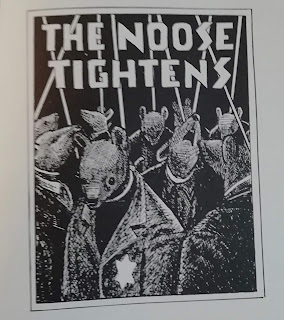 From a family of factory owners and businessmen, Vladek Spiegelman was reduced to trading all sorts of cheap tat on the black market to support Anja, his wife who he loved dearly. He learnt to disguise himself, to wheel and deal and negotiate his way around people who would otherwise kill him. Vladek Spiegelman helped his Jewish community as much as he could—he fought the evil regime, despite being powerless. However, how the evil regime got to Vladek is open to interpretation.

Upon arrival in Auschwitz – a place that was garnished with hellish rumours – Vladek immediately sought out opportunities for betterment, to indulge his wife whenever possible. Treated like vermin, with not enough food or money, Vladek Spiegelman had to employ his networking skills, buy, sell, steal, work with allies. 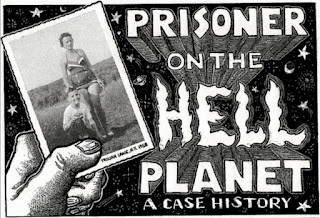 During the most harsh and ungodly of times, his attitude was to be thankful for his luck.
It is in his senior years, however, when this altered Vladek, medicated, and poor in temperament, shared his past with Art, his son, something clicked with me. I suspected something. Maybe, Vladek developed a kind of dark worldview in his later years—something specific and personal haunted him that he could not put to rest. We know that beneath the physical injuries acquired in the camps there was invisible psychological strain.

His determination to survive the war, seeing friends executed, fear, guilt and conflicting thoughts; surely, it changed his cognitive behaviour in later life. Paranoid daily living, dangerous transactions in Auschwitz or Nazi Poland could alter many things in a person. Camp lifestyle was an institutionalising experience; possibly reprogramming how Vladek conducted himself with his new freedom. Sadly Anja took her own life, at home in the USA years after avoiding Nazi execution. It was damaging for the family and Vladek Spiegelman's mental wellbeing is not illustrated or explored in-depth, but; he was distraught at her funeral. The human mind has a self defense mechanism against facts or situations we are too ashamed or cannot accept—it dissociates.

In his later marriage, Vladek was tight with money, overly technical with every domestic job, one such task was counting every one of his pills, for example. Perfectionism.  In his young days, Vladek helped his wife, Anja through her darkest days against strong suicidal desires. A very good husband. 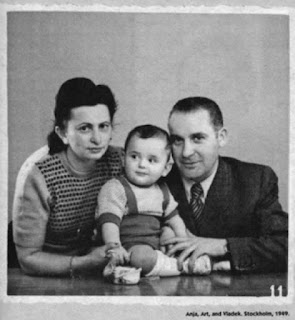 Much to his son's disappointment; Vladek got rid of Anja's Auschwitz and war time diary's. In the graphic novel, Art portrayed his father's modus operandi during the war as strong, to soldier on, to struggle and to never give up—ignoring the pain, while carrying his wife. It is sad that the writings of Anja Spiegelman are absent.

Only Vladek Spiegelman knew what happened to him and his peers during that vile period in history. I hope his account helped him defeat some of his demons. Regardless, all survivors of the Holocaust deserve everyone's utmost respect.