November 22, 2019
Hulk•Batman•Dr.Who•Darth Vader•Buddha•Scrooge•Arthur Fleck/Joker•Werewolves•Norse Gods•Changelings•
Films, Books, T.V Boxed sets, have so many transitional archetypes, such as the bibles fall of Lucifer, along with the spiritual transformation of the disciples, there's the u-turn of Saul to Paul, who was temporarily blinded by the divine light of the alleged resurrected Christ. We see change themes in various super hero origin stories, including that of Bruce Banner/Hulk or Bruce Wayne, the Batman.

Other examples include Beauty and the Beast, or the story of Anakin Skywalker becoming Darth Vader, and everyone knows Doctor Who, the regenerating time lord. Our mythology and lore across Europe, has shape-shifting pagan gods along with werewolves and vampires. Further east the narrative of the Buddha's awakening is easy to find. We could compile a huge list.

However, transformation, the complete alteration of a person in the mundane world we live in, doesn't usually involve super powers, gods or aliens, but onset mental illness can feel just as dramatic. Sudden mental illness can be one of the most life changing experiences an individual might undergo. Anxiety disorders, diagnoses of mood or thought and other conditions of the mind, can re-write someone's world. On-line there's lot's of written information about psychiatric illnesses. Media themed on mental health can add stigmatise and marginalise the subject of mental illness, on the other hand, media can sometimes help with informing the world fairly. One such film, a beautiful mind, did that well. It follows the successful life of a Professor John Nash of Princeton university who had a significant diagnosis. Another interesting example, is the 2002 film, The Hours, starring Meryl Streep and Nicole Kidman. It portrays the lives of three people from different times, in various parts of the world, all of whom are connected by Virginia Woolf's fictional novel, Mrs Dalloway. We see key historical moments of Virginia Woolf's transition into illness, while she tries to write the book that impacts on others. It's shows the connection between fact and fiction; it overlaps in this film, on many levels. When creative teams within the art's use story arcs, archetypes and play on scenarios wisely it often creates direct change in the real world.

Life has it's challenges even regardless of psychiatry; people still have to cope. 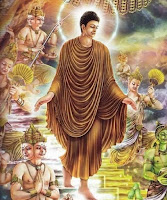 Whatever torments us, learning to be self-reflective and able to recognise our own unhelpful beliefs or ideas, is good for personal growth. This journey-like process, a transformational archetype. What is undeniably true, however, is the success of mindfulness and cognitive behavioural therapy in British Psychiatry at improving lives. Swiss psychologist Carl Jung and philosophers like Alan Watts, Schopenhauer and Jean Gebser, brought eastern thinking to the west. Re-branded for Western society, these practices and ideologies started sprouting out of modern psychology over the decades. The appeal to new age groups was originally a mysterious life changing gem, which was discovered by the Buddha himself; enlightenment.


Actors study and imitate people to develop their ideal charismatic Hollywood movie part; likewise, on the other end of the spectrum, when we feel deflated, we tend to watch them to feel better.  We are empathetic creatures; our brains are packed with mirror neurons and Individuals borrow other peoples little idiosyncrasies, buzz phrases and jokes. It's not unfair to suggest that young men have tried to carry off Eugene Fitzherbert's smoulder from Disney's Tangled. 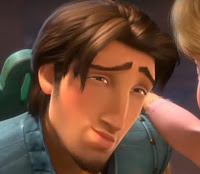 Adopted mannerisms that hold charm or sexual appeal may well be recycled, agreed, however, it's a common practice and provides a sense of self. One can measure or compare themselves with who they modelling themselves upon. On the same token, we call these Han Solo types imperfect personalities a 'lovable rogue' or an 'anti-hero,' a non-conforming rebel, with a flawed character, ignorant of norms and appealing to the empathy (and sometimes the envy) of the viewers. Growing up in the eighties, it was clear how many boys wanted to be Han Solo or Indiana Jones. Many kids want to be like their heroes. 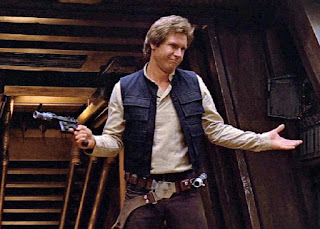 'Our normal sensation of self is a hoax, or, at best, a temporary role that we are playing with our own tacit consent, just as every hypnotised person is willing to be hypnotised. The most strongly enforced of all taboos is the taboo against knowing who or what you really are behind the mask of your apparently separate, independent, and isolated ego.'

Watts illustrates how 'the feeling of' who we are, in itself, is a self deceptive illusion. Through time, who we believe we are, morphs into something else; self image is malleable. This is just our outer superficial self and we pay it too much attention. Joe Bloggs might think his job makes him who he is, until he changes it; he might call himself a nationalist, but then, later, he could easily despise nationalism. So who is Joe Bloggs?

The coldness of big companies, treating regular Joe's on low incomes with unfair demands is sad. Strangely, there are working class individuals who overly devote themselves to their jobs, not out of financial necessity but given loyalty. Workers can actively adopt the identity and the ethos of their company. Unnecessarily and often outside of working hours, people with a corporate identity concern themselves with the business matters of Chief Execs and upper management who earn way above their pay grade. Unfortunately, it's a cage of their own making. It's painful for an individual when they are living an unhappy lifestyle that they believe they ought to live. Humble and respectable people often lose themselves to the corrupt trappings of social games and foolery. Forcing yourself to be someone you aren't, so you can climb any given pay scale or hierarchy, is unhealthy but sometimes it's a necessity to survive. 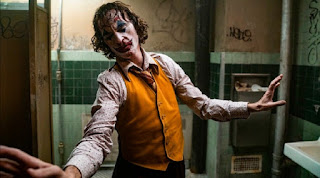 As we see with Arthur Fleck/Joker the anti-hero and also a victim of societal injustice. We share his perspective, empathise with his sufferings. The unfair distribution of wealth is a daily torment; tired, numbing psychiatric treatment that Fleck righteously perseveres with earns him the audiences sympathy. The transforming factors of Fleck/Joker rests on his limited life chances and the harsh existence, which the corrupt city provides. Thomas Wayne is the face of the super rich and surrounded by politicians, businessmen, and subordinates, who unapologetically, live extravagantly well in the presence of poverty. Wayne openly speaks poorly of the under-privileged on television. In the DC comic books, the philosophy of the Joker, in essence, states how it only takes one truly bad day to become like he is, a super villain. In the 2019 movie, Joker, Fleck certainly experiences this process. This anti-hero is the largest grossing movie; is this because the Joker resonates with modern mentality?

Michel Foucault: 'Is it surprising that prisons resemble factories, schools, barracks, hospitals, which all resemble prisons?' 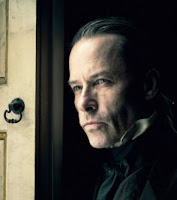 The redemption of Ebenezer Scrooge.
A lonely, isolated, miserable, pennypincher who undergoes an awakening and begins to live with compassion. The Charles Dickens novella, A Christmas Carol, was carefully written. Described as hard and sharp as flint, we see Scrooge follow a karmic arc of change, a 'we reap what we sow' moral. The name Ebenezer Scrooge was chosen wisely because of what it signifies. It's a Hebrew place name meaning 'help-stone,' a monumental type stone of religious significance. In the book of Samuel, Eben-Ezer is where the Israelite's fought the Philistines. It's as if Charles Dickens was seeking out a name that showed conflict; battles were fought at the religious help-stone, the duality of Ebenezer's nature is sealed in his name.

In Old English, the word Scrooge means 'to squeeze'. This is exactly what he did through the story. He denied his employee, Bob Cratchet time off for Christmas and paid the man very meagre wages, giving no festive bonus for his poor family. However, this conflicted help-stone, the sharp, hard flint of a man, did not start out this way. 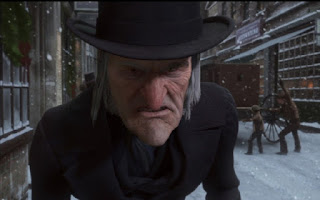 He was not always isolated from society. On one important night, a night representative of everything his very persona rejects, such as good will to people, for instance, Ebenezer Scrooge faces what Dickens described as ghosts. If we peel back these dramatic embellishments of the misers experience, we're left with something different entirely. A lonely, isolated and stubborn old man, who lost friendships and family. Haunted by his mistakes and regrets, but too hard faced to accept them. He seems to be experiencing a crisis, but don't be so sure. In the solitude of his house, he can hear the city celebrating outside and he resists and denies the sentiment, bah humbug! Memories and personal truth are his only company. Scrooge is not the person he thinks he is, but instead, he became someone who identified with a life-style he justified with poor reasoning. He was conflicted that Christmas eve. All of the 'so-called' ghosts are garnished and fanciful in the Novella and T.V productions for entertainment purposes, but; on a more realistic note, what Dickens described here is a man re-discovering himself and his life! A man reflecting on his ruined past; an old unpleasant man finding self-liberation and piety through self realisation. Do you know who you are? This is what some mystics call enlightenment.